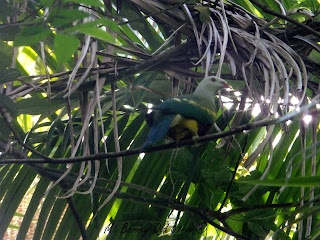 The Wompoo Fruit-Dove is one of the most beautiful and spectacular of all the doves found in Australia. It is also known as magnificent fruit-dove or purple-breasted fruit-dove.  Larger than most birds, the Wompoo is mostly found in rainforests, their most favoured habitat. They are rarely seen in other areas. 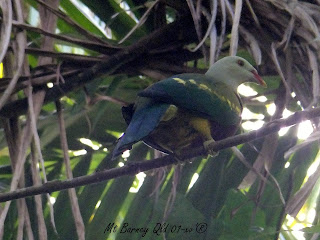 Wompoo populations are found in the tropical and sub-tropical rainforests along the east coast of Australia from central eastern New South Wales to northern Cape York Peninsula. 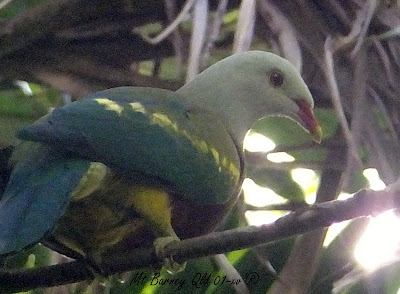 Their calls sound very human. On hearing its call I thought of the lyre-bird initially before I spotted this Wompoo in Mount Barney above. The name comes from its tell-tale call, a very distinct "wompoo" that can be heard up to one kilometre away. 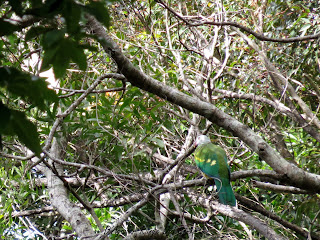 Where food is abundant the Wompoo fruit-dove may be seen in large flocks. However, it is quite hard to spot individual birds in the dense foliage and high canopy of the rainforest. This bird in the D'Aguilar Range took some spotting. 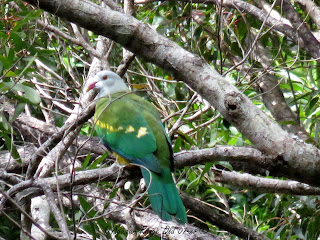 It has a brilliant green back and upper parts, curving yellow line across its wings, yellow lower belly and underwings, pale grey head and rich plum-purple throat, breast and upper belly. 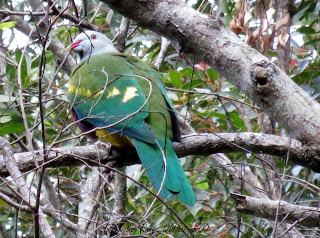 Despite its colourful plumage it is easy to miss a bird that blends in naturally with the rainforest. 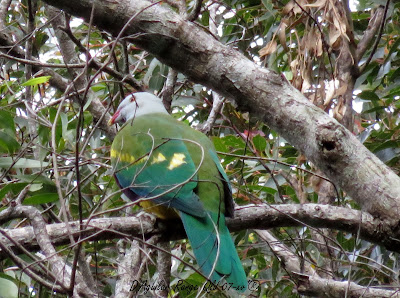 Often the first sign of a Wompoo in the forest is the sound of fruit falling onto the forest floor below. 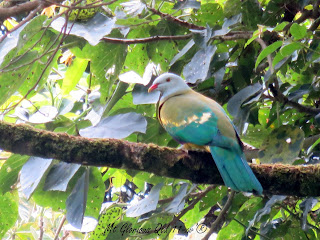 The bird forages and feeds on figs and a variety of other fruit-bearing trees in the rainforest. The Wompoo Fruit-Dove spreads the seeds of fruit trees and hence helps spread the rainforest. 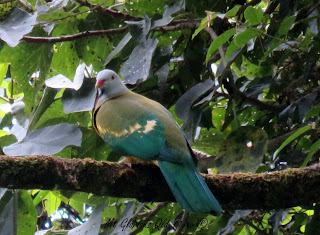 However, it does fly noisily. This Mount Glorious bird was flapping away when it saw me. It wove its way through the tall rainforest canopy before landing on a branch it felt was far enough from me. 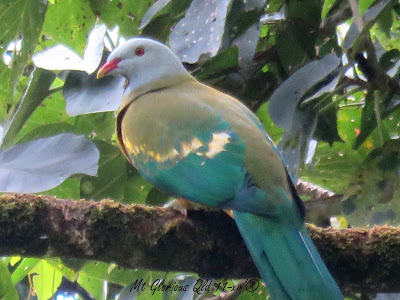 The Wompoo prefers to stay in small local areas making use of whatever fruits are in season. Just like a plodder with his camera, this bird somehow does not like to travel long distances.
Posted by Igorotoz at Monday, November 30, 2015 No comments: