Towards the end of April I attended a 'Na'to' summit, or more precisely a nangato nga summit. This was off the slopes of Mt Amuyao in Mountain Province. This nato (nangato) event is called the Sas-Alliwa, a festival. This has nothing to do with that organization in the north atlantic, but more to do with the hot weather this recent summer in Mainit. There were heat waves for a couple of weeks in the Philippines last April, and I had heard of this ‘Natongnin’ (cold) place. For some days I had been feeling hot and bothered, so I decided to visit this town Natongnin to cool down. 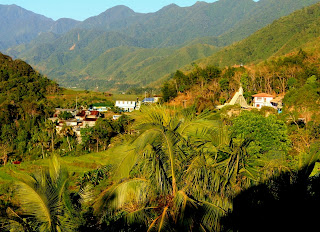 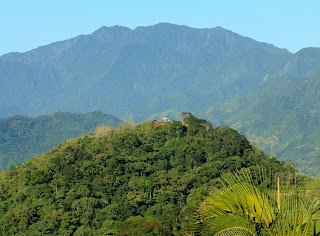 Natonin is a landlocked municipality in Mountain Province located about 90 kilometres east of Bontoc. It is bounded on the north by the province of Kalinga, on the south by the province of Ifugao, on the east by the  Paracelis, and on the west by Barlig. The municipality is typically mountainous with rugged thick woodland forests characterized by steep to moderate slopes. Many of the villages are situated on the southern slopes of the cordillera mountain range, but some are also isolated up in the jungle-clad high mountains.The constructed roads follow the location of most of the bigger villages lining the higher extents of the magnificent terraced ricefields. These largely undeveloped road networks are impassable in the rainy seasons.
The rains were still a few weeks out, so I took the chance to take in some of sights of Natonin, not from some distant na'to summit, but from up close, right in the midst of the nasam-it - the sweet smell of newly planted rice seedlings. 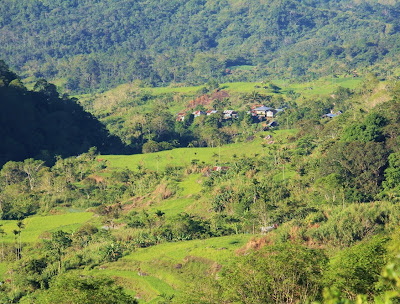 Looking south to Balangao and beyond to the upper Sifu river in the distance, proposed site of a mini-hydro power project. (We might revisit that project later). 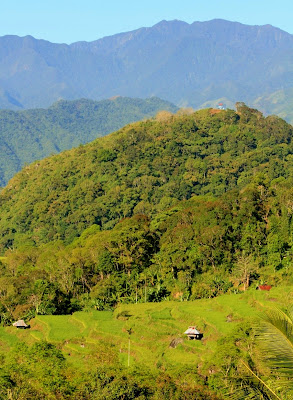 The rice terraces in Apatan and Tongalayan are representative of the beauty and grandeur of the fields carved by hand  from the mountain sides by the Natonin Igorots.

The fifth Sas-Alliwa Festival was at its height when I arrived there in the evening of the 24th. On the culmination of festival activities the following day, I had the privilege to watch the locals perform their many native dances in a street dancing spectacle. 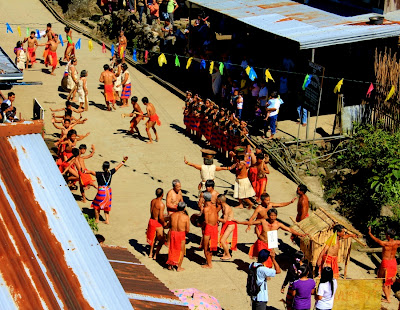 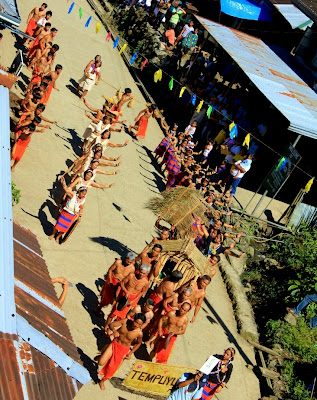 The ‘Sas-Alliwa” means homecoming, and municipal officials over recent years have encouraged the I-Natonin to come home on this occasion, and to reunite in celebration. They have also extended open invitaion to visitors to see the beauty of the place, experience the richness of their culture, and meet the friendly locals. 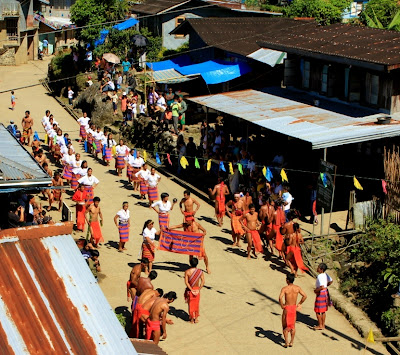 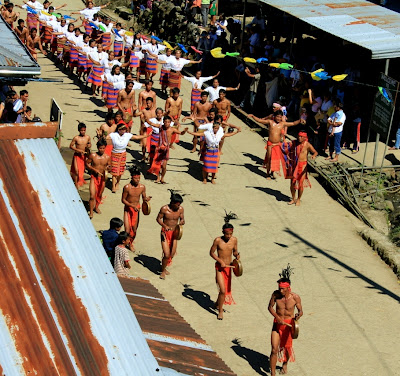 I was quite fortunate to get an invite (as a saling-pusa on this sas-alliwa) to a private dinner with local officials. It was a treat of a feast! They even invited me again for the next morning: Umale a ta man Mattomnin ta, but I declined politely, saying I was warm enough sleeping in. If only I understood the local tongue, I might have been good for a right royal hearty breakfast!
The street dancing parade on the morning of the25th, the final day of the festival, was a highlight. 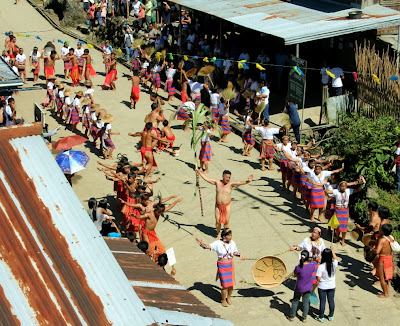 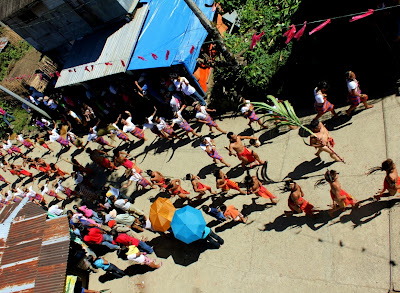 This street dancing was the creme de la creme of the Sas-alliwa festival celebrated in Poblacion, Natonin.  Each barrio sent delegates to the festival. 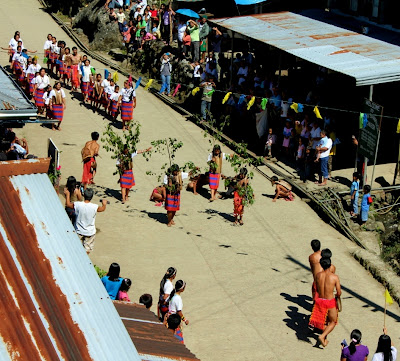 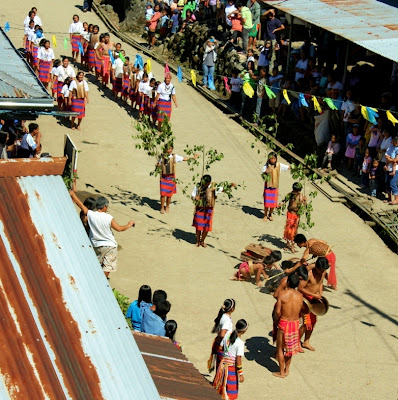 Dancers performed to different gong styles such as the ‘hapor’ and the ‘penawangwang’. 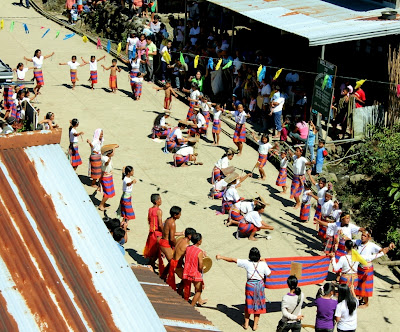 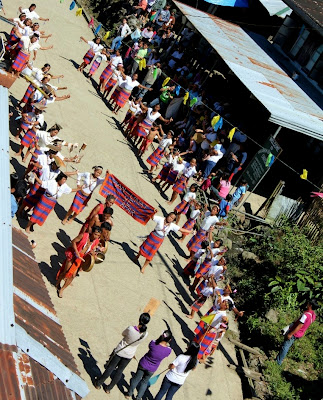 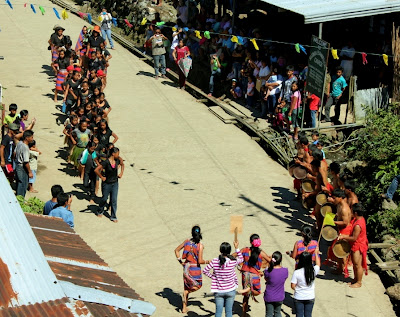 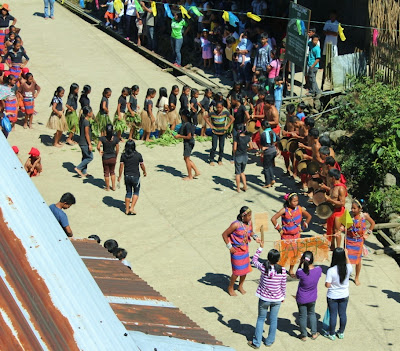 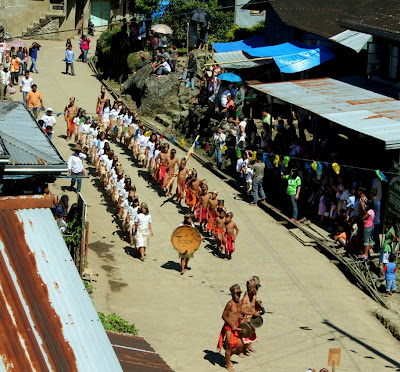 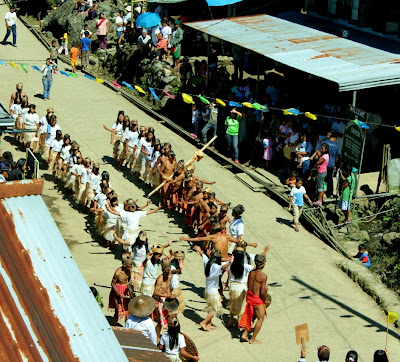 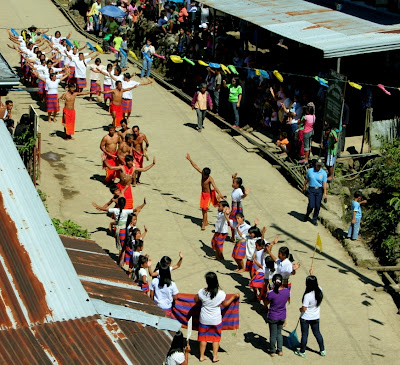 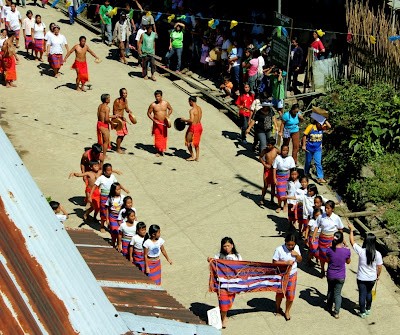 Here's a 'faulty' video clip of the 2012 Sas-alliwa street dancing in youtube.

Email ThisBlogThis!Share to TwitterShare to FacebookShare to Pinterest
Labels: Images of Mountain Province