the locals of the crossroads (gasfields pt. 3)

Meet some of the locals of nangram.
The site of a gas pipeline project i am involved in covers part of the locality of 'The Crossroads' and the adjoining locality. Our work camp is in the Crossroads but our work site is about 40km away in the gasfields of Nangram. 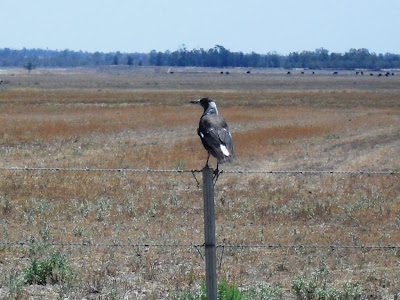 ms maggie magpie surveys the landscape and sets the scene for a tour of the wildlife of the western Downs of Queensland.
Many of the amazing wildife in the Dalby region includes numerous species of birds. 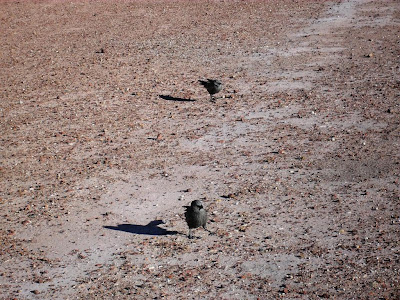 A couple of unidentified greyish dark-brown birds look for food scraps at a gravelly workyard carpark. 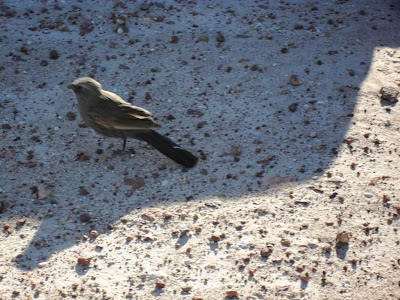 This is a plains turkey on the prowl and always wary of the big noisy beasts driven by two-legged creatures. 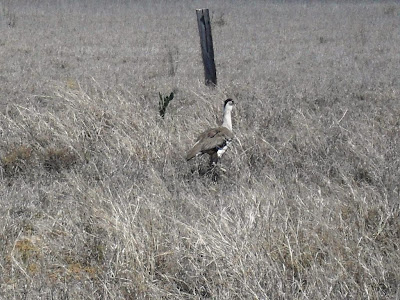 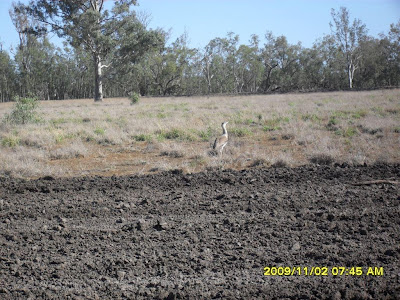 we next encounter an echidna crossing a sandy track. it scurried along as quick as its short tiny legs could go. 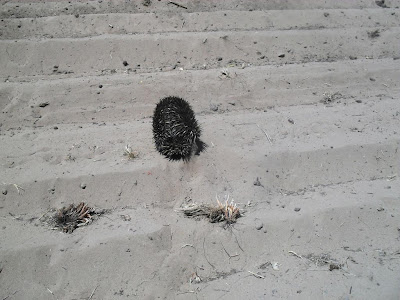 Once off the road it was quick to locate shelter and put up all his defences to a perceived danger.
Anya ngata ti raman ti adobong echidna? I’ll never never know. 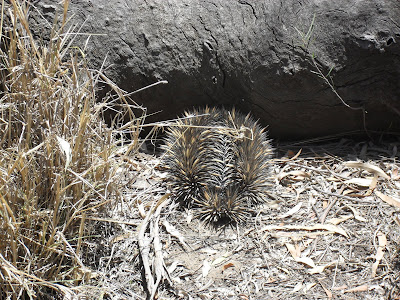 It finally came to a stop at a fallen tree and curled up into a ball. its quills on full defensive.
One can’t have photos of wildlife in Australia without a kangaroo. So here’s skippy in the only patch of green for miles and miles – a homestead yard. 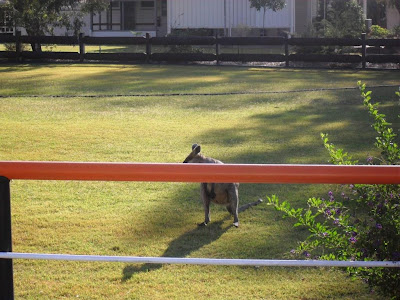 we encountered skippy early one morning looking for some fresh grass to nibble on for breakfast. as most of the photos here show, the landscape is a dreary desolate grey and brown. 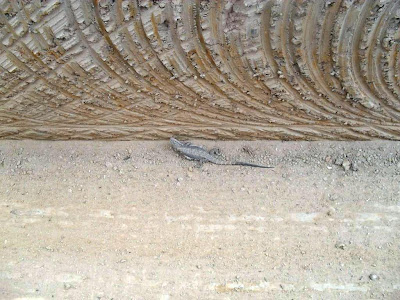 This bearded dragon somehow found itself in a trench and would not have been able to get out by itself. When we found it, it looked spunky at first but quickly got tired from trying to get away. It may be starting to weaken from thirst and hunger. 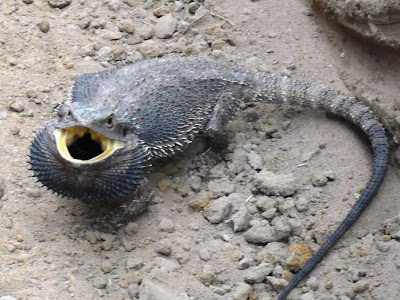 One of the cultural heritage officers rescued it and set it back towards the bushes. 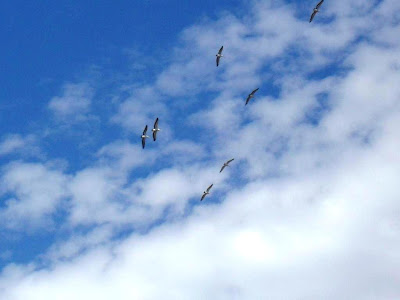 I was very privileged to witness a spectacular air show put on by a flock of birds one warm spring day near the end of October. 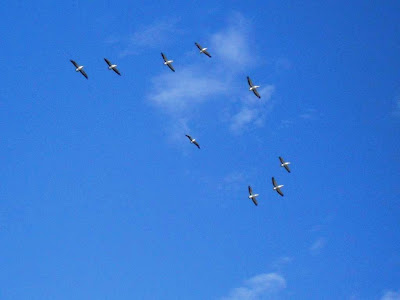 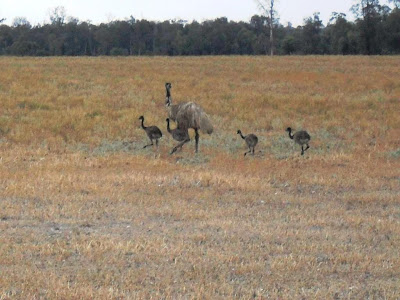 There’s a few families of emus around here. This emu mum and her four chicks were quick to put distance between themselves and someone thinking of pinikpikan. And so they should! 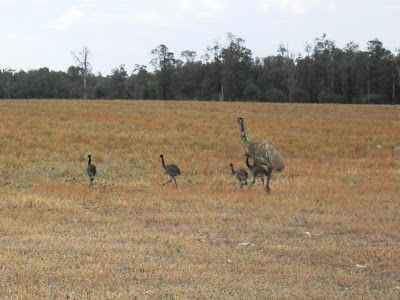 Pairs of adults would be seen searching for food in the grassy plains around after sunup and before sundown. 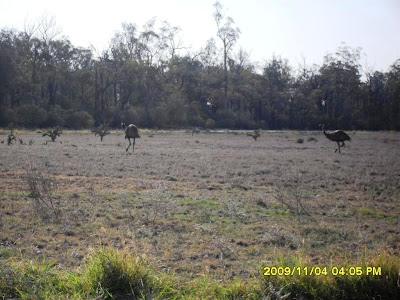 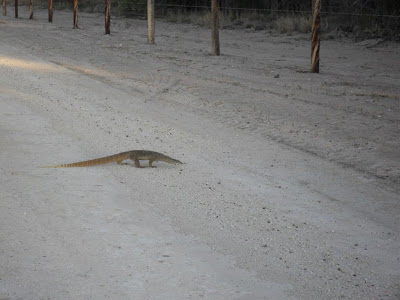 Goannas too are seemingly everywhere here in 'the crossroads'. 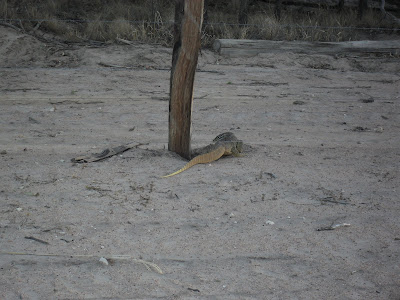 One time i was standing on a bank of a very dry condamine river, trying to increase the water level by contributing some of my bodily fluid to it, when i heard a bit of rustling behind me.
My tired mind realised it can’t be the leaves rustling because there was hardly any wind all day.
I turned around and saw this goanna crawling out of its hole.
I'm not sure who was more startled, but it blinked first and quickly scampered away.
Sayang. Awan ti para etag. 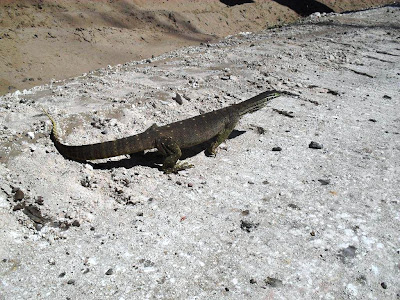 Here are some goannas i managed to creep close to. 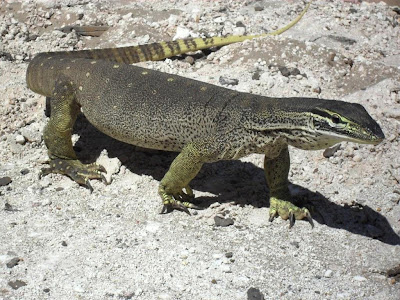 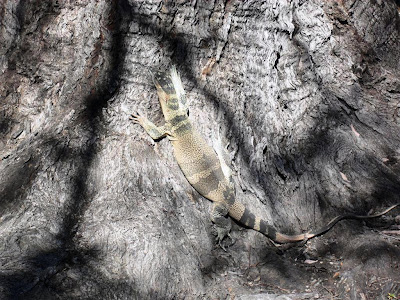 This one must have relations from Mainit. It is good at climbing trees. 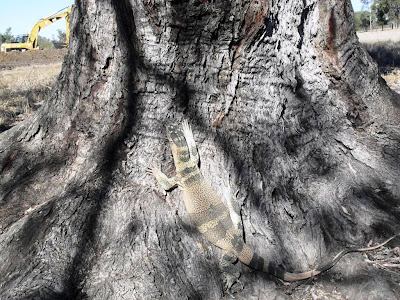 if that bloke on the excavator wasn't watching... 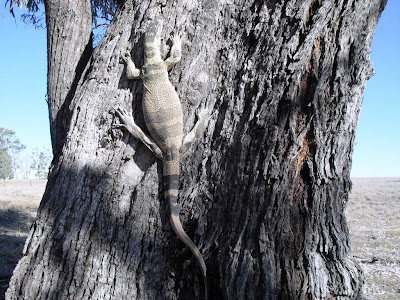 some lizard adobo would have been on the menu that night. 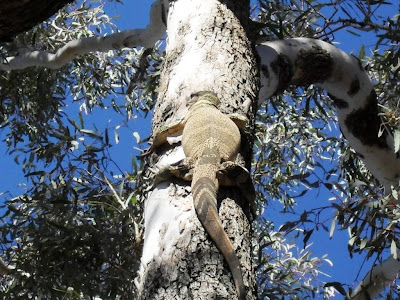 maybe next time. i know where it lives. it can climb but it cannot hide... 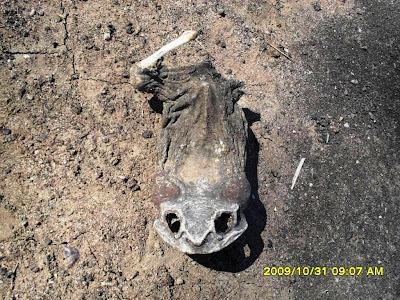 such is life eh froggy?
yeah. that's the way it goes.
Posted by Igorotoz at Thursday, December 17, 2009

Email ThisBlogThis!Share to TwitterShare to FacebookShare to Pinterest
Labels: a stint in the gas fields, Australian wildlife, diversions at work